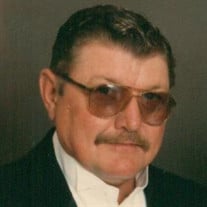 William “Bill” Joseph Clinton, age 74, of Carroll, died Saturday, March 25, 2017 at the Regency Park Nursing Home in Carroll surrounded by his family, after a courageous battle with cancer. Bill deeded his body to the Anatomical Gift Program at the University of Iowa’s Carver College of Medicine. A memorial service for Bill will be held at 2 p.m. Saturday, April 1, 2017 at the Sharp Funeral Home in Carroll. Visitation will begin at 1 p.m., and continue until the time of the service. Funeral arrangements are under the direction of the Sharp Funeral Home in Carroll, and online condolences may be left for Bill’s family at www.sharpfuneral.com. The son of Lyle Vernon and Dorothy Edith (Ellis) Clinton, Bill was born on December 26, 1942 at St. Anthony’s Hospital in Carroll, Iowa. He grew up in Sac County and graduated from Crestland High School, in Early, Iowa in 1961. In 1964, he married Georgea Pedersen in Early, Iowa. They were the parents of Jennifer Aileen and Chad William. Growing up, Bill was very active in 4-H. He showed his prized Jersey cows at many county fairs. As a 16 year old, he was the first Iowan to win the breed championship at the Ak-Sar-Ben Livestock Show and was also named the number one showman. He won the same two honors that year at the National Dairy Cattle Congress in Waterloo. During his life Bill worked for Quaker Oats, McCann Construction (doing the cement work at Fairview Elementary School and the Carroll Recreation Center), and the Hiland Potato Chip Co. He thoroughly enjoyed being a school bus driver for Carroll Community Schools for 20 years and he owned and operated his own business, Pest-A-Rest. Bill had many hobbies and interests. He loved horses and raised Registered Quarter Horses. Bill was an avid sports fan, especially when it came to the Iowa Hawkeyes and he attended many of their bowl games. In his younger years, he was the catcher for the Carroll Red Carpet slow pitch team. He coached Carroll Little League and flag football for many years, winning the city championships several times. In his later years, he was often seen at local sporting events sitting in the bleachers. He is survived by his children, Jennifer (Ronald Rotert) of Omaha and Chad Clinton (Michelle Kult) of Coon Rapids; 7 grandchildren: Schuyler, Nathan, and Darick Rotert of Omaha and Kimber (Becker) of Ames, Christopher, Alexander, and Haley Clinton of Carroll; 5 great grandchildren; and 3 step-grandchildren: Joshua, Mira, and Elia Esdohr of Coon Rapids. He is also survived by 4 sisters: Trellis (Cleo Kitt), Jolene Clinton-Helm, Kathleen (Doug Duncan), and Mary (Dave Suchorski) and nieces and nephews. He was preceded in death by his parents, 2 sisters: Karen and Michelle Clinton, and a granddaughter, Abigail Hope Rotert.

William &#8220;Bill&#8221; Joseph Clinton, age 74, of Carroll, died Saturday, March 25, 2017 at the Regency Park Nursing Home in Carroll surrounded by his family, after a courageous battle with cancer. Bill deeded his body to the Anatomical... View Obituary & Service Information

The family of William "Bill" Joseph Clinton created this Life Tributes page to make it easy to share your memories.

Send flowers to the Clinton family.