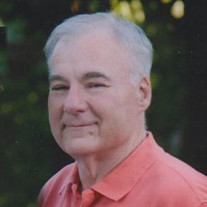 Tim Toohey, age 68, of Carroll, died Wednesday, March 6, 2019 at St. Anthony Regional Hospital in Carroll. Mass of the Christian Burial will be celebrated at 10:30 a.m. Tuesday, March 12, 2019 at St. John Paul II Parish – Holy Spirit Church in Carroll. The Celebrant will be Fr. Kevin Richter. Con-Celebrants will be Fr. Brian Feller, and Fr. Gary Snyder. Music will be by Jake Gute, Cantor, Jason Danielson, Pianist, and Becky Windschitl, Violinist. Lector will be Linda Toohey. Gift Bearers will be Doug Beach, and Chris Carlile. Eucharistic Minister will be Deb Gute. Honorary Casket Bearers will be Eric Hammer, Larry Behrens, Toby Steckler, and Joe Stipe. Casket Bearers will be Pat Greenwood, Patrick Toohey, Greg Danielson, Alvin Irlbeck, Rich Schenkelberg, and Scott Lampman. Friends may call at the Sharp Funeral Home in Carroll, after 4 p.m. on Monday, where there will be a Christian Wake Service held at 6:30 p.m. The casket will be moved to Holy Spirit Church on Tuesday morning, where visitation will resume from 9:30 a.m. to 10:15 a.m. Funeral arrangements are under the direction of the Sharp Funeral Home in Carroll, and online condolences may be left for Tim’s family at www.sharpfuneral.com. Tim, the son of John and Helen (Greenwood) Toohey was born on June 7, 1950 in Dubuque, Iowa. He grew up in Davenport, and graduated from Davenport Assumption Catholic High School in 1969. Tim then attended Palmer Junior College. On November 23, 1973, Tim was united in marriage to Barb Burg at Holy Spirit Catholic Church in Carroll. The couple lived in Carroll, where Tim worked alongside his father-in-law, Leonard Burg with Bush Hog Equipment. Tim was assigned his own territory, and the family moved as Tim worked in several different territories as a sales manager. Later, he would become a sales manager for Hardi Sprayers moving to Bettendorf. In 2009, Tim and Barb returned to Carroll where he worked for the parts department at Schenkelberg Implement in Carroll until his retirement in 2017. After his retirement Tim found his “dream job” working as a courier for St. Anthony Hospital in Carroll. This was a position that had positive impacts for him, as well as everyone he interacted with. Tim served as a former Grand Knight of the Carroll Knights of Columbus, Eucharistic Minister for Holy Spirit Church, and St. Anthony Hospital, Past President of the Holy Spirit School Board, and volunteered his time with the N.O.D.A. (No One Dies Alone) Program at St. Anthony Hospital. Tim was an avid Notre Dame Fan. He adored watching, supporting, and cheering on his children in all of their activities. He also enjoyed supporting his great-nieces, and great-nephews in their activities, as well as spending time with them and spoiling them whenever he could. Tim was a member of St. John Paul II Parish in Carroll. Left to celebrate Tim’s life is his wife Barb Toohey of Carroll; daughter: Shannon Toohey and her husband Douglas Beach of San Francisco, CA; son: Ryan Toohey, and his Partner Chris Carlile, and her children: Tanner and Shelby, all of Iowa City; his beloved Irish Terrier, Murphy. Also surviving are his siblings: Thomas Toohey of Davenport, and Michael (Linda) Toohey of Kansas City, MO; his sisters-in-law: Kathie (Ron) Danielson of Des Moines, and Deb (Tim) Gute of Carroll; as well as many nieces, nephews, extended relatives, and many friends. Tim was preceded in death by his parents, John and Helen Toohey; his parents-in-law: Leonard and Rose Mary Burg; and a sister-in-law: Carey Toohey. In lieu of flowers or gifts Tim wished for donations to be made to: Kuemper Catholic High School Foundation and St. Anthony’s Regional Hospital Cancer Center.

The family of Timothy Toohey created this Life Tributes page to make it easy to share your memories.

Send flowers to the Toohey family.