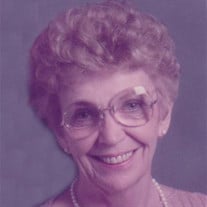 Shirley Hanson, 93 of Carroll, died Monday, September 24, 2018 at St. Anthony Regional Hospital in Carroll. Mass of the Christian Burial will be celebrated at 10 a.m., Friday, September 28, 2018 at St. John Paul II Parish – St. Lawrence Church in Carroll. The Celebrant will be Fr. Kevin Richter. Music for the mass will be provided by Kate Cuddy and the St. Lawrence Choir. Lector will be Richard Hanson. Gift Bearers will be Hope Hanson, and Madison Hanson. Honorary Casket Bearers will be Jennifer Hanson, Matthew Hanson, Sophie Hanson, and Ernest J. Hanson. Casket Bearers will be Luke Hanson, Megan Hanson, Madison Hanson, Hope Hanson, Seth Hanson, and Caleb Hanson. Burial will be in Blanchard Cemetery, West Falmouth, Maine. Visitation will be held from 4-6 p.m. Thursday at the Sharp Funeral Home in Carroll. The casket will be moved to St. Lawrence Church on Friday morning where additional visitation will be held from 9-9:45 a.m. In lieu of flowers memorials may be left at the funeral home or the church for the American Red Cross. Funeral arrangements are under the direction of the Sharp Funeral Home in Carroll and online condolences may be left at www.sharpfuneral.com. Shirley Ann was born on July 19, 1925 in Minneapolis, Minnesota, the daughter of Joseph and Irene (Glynn) Riley. She grew up in Savage, Minnesota, and in 1943 graduated from Savage High School. After high school, Shirley received her nursing education from the Sisters of Mercy in Minneapolis, and became a Registered Nurse in 1946. While working as a nurse in Des Moines, Iowa she met her future husband, Ernest F. Hanson, while he was attended Drake University Law School. Shirley and Ernest were married in Savage, Minnesota on February 14, 1950; to this union, six sons, and one daughter were born. They resided in Carroll, Iowa until 1955, when they and their children relocated to Audubon, Iowa. While most of her time was spent raising and supporting their children and attending their school activities, Shirley enjoyed socializing with friends, volunteering as a nurse, helping with functions at St. Patrick Catholic Church in Audubon, and golfing. In her later years she loved spending time with her many grandchildren. Shirley was preceded in death by her parents, her husband, her brother Glynn, and her eldest son Fred. Shirley is survived by her six children: Thomas (Biljana) Hanson of Denver, CO, Richard Hanson of Laramie, WY, John (Cathy) Hanson of Plattsburg, MO; Allegra Hanson of Albuquerque, NM, Peter (Lori) Hanson of Audubon, and David (Lisa) Hanson of Springfield, Arkansas; 10 grandchildren, and 1 great-grandchild.

The family of Shirley Hanson created this Life Tributes page to make it easy to share your memories.

Send flowers to the Hanson family.