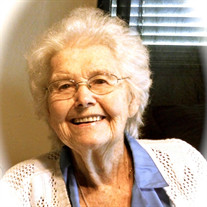 Sheila Burkett, 87, of Carroll, Iowa passed away Thursday, August 23rd, 2018 with her family at her side at St. Anthony’s Nursing Home, Carroll. Sheila Josephine Dugan was born May 30, 1931 in Le Mars, Iowa to Harold and Josephine Dugan. Sheila graduated from Le Mars High School and was known as an accomplished bassoon player throughout high school. Following high school, she worked as a secretary for the school system and married Kenneth W. Burkett on June 16, 1952. Ken and Sheila built their own home (literally) in Le Mars, adopted four children; Clay Owen, Bryce Anne, Aura Lee, and Jacob Drew. Ken served in the U.S. Army for 23 years including service in Vietnam, and National Guard. Ken worked for Bowers Clothing in Le Mars. He became partner and opened a second clothing store- “Burkett’s”, which brought the family to Carroll, Iowa in 1974. The family attended St. Joseph’s Catholic Church in Le Mars and then St. Lawrence parish in Carroll. Sheila was active in St. Lawrence parish, volunteered at Kuemper High School in the library, eventually working at the Carroll Health Center and doing charitable work in the community. One of her favorite events was coordinating all her girlfriends to donate items and make gift boxes for the elderly and county home residents every Christmas. Sheila donated and crocheted items every year for the elderly up until the time she entered the nursing home, herself. Ken and Sheila lived several years in St. Joseph, Missouri following the sale of Burkett’s clothing in 1986. Sheila worked as an activity director at Carriage Square Health Care and a secretary for Lana’s Cleaning Service, while Ken worked as a suit specialist in St. Joseph, Mo. Sheila relocated back to Carroll, Iowa following Ken’s death in 1996 and then to Brentwood, California in 2016 prior to returning to St. Anthony’s nursing home in Carroll, Iowa - September, 2017. Sheila enjoyed gardening, crocheting, volunteer work and spending time with her grandchildren and children. She has entertained area nursing homes for many years with her piano sing-a-longs, her famous laughter and smile- along with her love of everything IRISH! Sheila was preceded in death by her parents, Harold and Josephine Dugan; her husband, Kenneth; her brother, Allen Dugan of Denver, Colorado; sister, Thalia Herbert of Hyatsville, Maryland; and niece, Margaret Dugan of Denver, Colorado. She is survived by her four children, Clay Burkett of Carroll, Iowa; Aura Lee Sibenaller of Carroll, Iowa and her husband Dean; Jake Burkett of St. Petersburg, Florida and his wife Cheryl, Bryce Custodio of Brentwood, California and her husband Dennish; 10 grandchildren, 4 great-grandchildren; a niece, Valerie Hammond of Maryland; and nephew, John Dugan of California and 6 great nieces and nephews. A private graveside service will be planned for Sheila in Le Mars, Iowa at a later date. Arrangements are with the Sharp Funeral Home of Carroll and the Mauer-Johnson Funeral Home of Le Mars. Sheila will rest in peace with her husband Kenneth and parents Harold and Josephine Dugan in Calvary Catholic Cemetery in Le Mars, Iowa. Memorial contributions may be directed to St. Anthony’s Nursing Home of Carroll, Iowa or Meals on Wheels in your community.

Sheila Burkett, 87, of Carroll, Iowa passed away Thursday, August 23rd, 2018 with her family at her side at St. Anthony&#8217;s Nursing Home, Carroll. Sheila Josephine Dugan was born May 30, 1931 in Le Mars, Iowa to Harold and Josephine Dugan.... View Obituary & Service Information

The family of Sheila Burkett created this Life Tributes page to make it easy to share your memories.

Send flowers to the Burkett family.