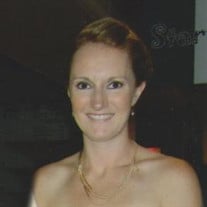 Shawna Nepple, age 34, of Omaha, formerly of Carroll, passed away unexpectedly, on Thursday, August 3, 2017 in Omaha, Nebraska. A Funeral Service will be held at 10:30 a.m. on Tuesday, August 8, 2017 at the First United Methodist Church in Carroll. Officiating clergy will be the Reverend Joyce Webb and the Reverend John Hubers. Music will be by Nancy Davis. Casket Bearers will be Mathew Hubers, Alexander Hubers, Andrew Bouma, Mark Jewell, Scott Nepple, and Chris Mount. Burial will be at the Carroll City Cemetery. Visitation will be held from 5 to 7 p.m. on Monday, at the Sharp Funeral Home in Carroll. The casket will be moved to the church on Tuesday morning, where visitation will resume at 9:30 a.m., and continue until the time of the funeral service. In lieu of flowers memorials may be directed to the family, to be used to establish a college fund for Shawna, and Kevin’s children. Funeral arrangements are under the direction of the Sharp Funeral Home in Carroll, and online condolences may be left for Shawna’s family at www.sharpfuneral.com. Shawna Lynn Nepple was born on December 20, 1982 at Lima, Ohio, she is the daughter of James Hubers and LaVonne DeJong. At a young age Shawna and her family moved to Minneapolis, and later Spirit Lake, Iowa before settling in Carroll, Iowa. Shawna graduated a semester early from Carroll High School in 2001, and immediately enrolled in the nursing program at DMACC in Carroll, where she earned her Nursing Degree. On October 15, 2005 Shawna was married to Kevin Nepple at the First United Methodist Church in Carroll, the couple made their home in Carroll for four years before moving to Omaha, Nebraska. Shawna enjoyed going to the gym where she passionately ran and lifted weights. She was known for her artistic side, and enjoyed any art. Shawna had a special place in her heart for animals, as she adopted many stray cats and dogs, and helped them find a new home. She loved to travel, especially to Colorado, and the mountains. Shawna treasured classic cars, and car shows. Shawna will be remember for her hard work, dedication, and being there for anyone who needed her help. Left to cherish Shawna’s memory is her husband Kevin Nepple of Omaha; their children: Kyler, Ethan, and Aida, all at home; her father: James (Laura Comito) of Carroll; her mother: LaVonne DeJong of Denison; her siblings: Vanessa (Mark) Jewell of Omaha, Mathew Hubers of Des Moines, Alexander Hubers of Des Moines, Andrew Bouma of Carroll, Carolyn Hall of Houston, TX, Elizabeth (Mike) Hall of San Francisco, CA, Kelsey Hall of Carroll, and Joshua Hall of Carroll. Also surviving are her mother-in-law and father-in-law: Don and Bev Nepple; her sister-in-law: Shelly (Chris) Mount of Omaha; her brother-in-law: Scott (Delores) Nepple of Lake City; her paternal grandmother: Margaret Hubers of Orange City; and her maternal grandfather: Samuel DeJong; two close friends: Tom Barbour of Spirit Lake, and Rachel Timmermans of Carroll; as well as other extended relatives, and many friends. Shawna was preceded in death by her paternal grandfather, H. Dale Hubers; and her maternal grandmother, Nellie DeJong.

Shawna Nepple, age 34, of Omaha, formerly of Carroll, passed away unexpectedly, on Thursday, August 3, 2017 in Omaha, Nebraska. A Funeral Service will be held at 10:30 a.m. on Tuesday, August 8, 2017 at the First United Methodist Church in... View Obituary & Service Information

The family of Shawna Nepple created this Life Tributes page to make it easy to share your memories.

Send flowers to the Nepple family.