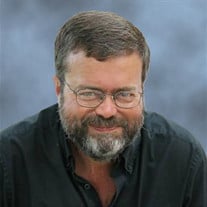 Scott Kasperbauer, 53 of Glidden, died Thursday morning at St. Anthony Regional Hospital in Carroll surrounded by his family following a courageous battle with cancer. Mass of the Christian Burial will be celebrated at 10 a.m., Saturday, November 4, 2017 at St. Joseph’s Catholic Church in Dedham. The Celebrant will be Fr. John Gerald assisted by Deacon Louis Meiners and Deacon Gary Schon. Homilist will be Deacon Gary Schon. Music will be by Marcy Anderson and Sherry Loughran. Mass servers will be: Hans Kraus, Jozef Reisz and Franz Reisz. Lectors for the funeral mass will be Steve Mikkelsen and Mark Mikkelsen. Gift Bearers will be Scott’s children, Tyler Kasperbauer and Nicole Kasperbauer. Eucharistic Ministers will be: Carol Tigges and Jill Kraus. Honorary Casket Bearers will be: Jed Kasperbauer, Heath Kasperbauer, Brett Kasperbauer, Kevin Schreck, Keith Schreck, Jeff Riesselman, John Haberl and members of the Carroll County Pheasants Forever. Casket Bearers will be: Brian Klocke, Kevin Schultes, Bob Danner, Tracy Buck, Larry Greving, and Rick Whitaker. Burial will be in the parish cemetery with military honors conducted by the Dedham American Legion. Friends may call at the Sharp Funeral Home in Carroll after 4 p.m. on Friday where there will be a Christian Wake Service at 7 p.m. Additional visitation will be from 8:30 a.m. to 9:30 a.m. on Saturday at the funeral home. In lieu of flowers memorials may be directed to the Carroll County Pheasants Forever. Funeral arrangements are under the direction of the Sharp Funeral Home in Carroll and online condolences may be left for Scott’s family at www.sharpfuneral.com. Scott Lynn Kasperbauer, son of Herman Kasperbauer and Arlene (Sporrer) was born on January 25, 1964 in Carroll, Iowa. He graduated from Kuemper High School in 1982, went to the Army for two years and was stationed in Berlin, Germany, continued education at Iowa Western in Council Bluffs. He studied in Tool and Die, two weeks after graduating started at Pella Corporation in 1987 specializing in Tool & Die. Scott married Maribeth Schreck on October 8th, 1988, in Roselle, Iowa. They lived in Carroll, Iowa for 9 years, then moved to a beautiful acreage south of Glidden, cheering on their beautiful children Tyler and Nicole at Glidden-Ralston High School. Scott was an active member of Pheasants Forever and owned and operated a gun shop called T&N gun repair utilizing many of his talents. Scott enjoyed golfing, fishing, hunting, gardening and playing cards. He had two hole in ones - one in Breda and one at the Carroll Muni. He was diagnosed in September 2014 of Colorectal Cancer. Scott was a champ dealing with the struggles of cancer, but was continuously supported by amazing family and friends over the years. Scott is survived by his wife Maribeth Kasperbauer of Glidden; his son Tyler Kasperbauer of Louisiana; his daughter, Nicole Kasperbauer of Minneapolis, MN; his beloved dog JD; his siblings: Marlene (Lenus) Haberl of Roselle, Ione Behn of Carroll, Jeanette (Dennis) Cowels of Omaha, Mary (Larry) Railsback of Guthrie Center, Eugene (Sharon) Kasperbauer of Roselle, Linda (Steve) Bauer of Coon Rapids, Roger (Cindy) Kasperbauer of Dedham, Gerrard Kasperbauer of Idaho, and Anita (Tom) Baumeister of Carroll; his parents-in-law, Gerald and Madonna Schreck of Carroll; as well as Maribeth’s siblings and their spouses; many nieces, nephews, aunts, uncles, other extended relatives and friends. Scott was preceded in death by his parents; his brother-in-law, Jerome Schreck; his nephew, Danny Schreck; and his sister-in-law, Jan Kasperbauer.

Scott Kasperbauer, 53 of Glidden, died Thursday morning at St. Anthony Regional Hospital in Carroll surrounded by his family following a courageous battle with cancer. Mass of the Christian Burial will be celebrated at 10 a.m., Saturday, November... View Obituary & Service Information

The family of Scott Kasperbauer created this Life Tributes page to make it easy to share your memories.

Send flowers to the Kasperbauer family.