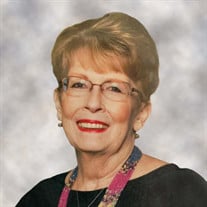 Roxanne (Roxie) Marie Rohner, age 69, of Lake View (formerly of Carroll), passed away unexpectedly at home on January 29, 2022. Mass of the Christian Burial will be celebrated at 10 a.m., Tuesday, February 15, 2022 at St. Bernard’s Catholic Church in Breda. The Celebrant will be Fr. Timothy Friedrichsen. Music will be by Marilyn Hundling and the St. Bernard’s Choir. Lector for the Funeral Mass will be Gary Rohner. Gift Bearers will be Kiana Rohner, Andrea Sander, Michelle Hoffman, Alexis Rohner, and Emmalynn Rohner. Eucharistic Minister will be Delileh Toledo. Honorary Casket Bearers will be Gordy Cochran, Patricia Rohner, Pamela Rohner, Ruth Fogler, Gary Rohner, David Rohner, Joseph Rohner II, and Jim Rohner. Casket Bearers will be Jacob Sander, Zachary Moss, Josh Hoffman, Sydney Slater, Tom Moss, Brian Fischer, Rick Carlin, and Tanner Raine. Roxanne will be laid to rest on Thursday in the Iowa Veterans Cemetery. Visitation will be held from 5-7 p.m. on Monday at the Sharp Funeral Home in Breda. Funeral arrangements are under the guidance of the Sharp Funeral Home in Breda and online condolences may be left for Roxanne’s family at www.sharpfuneral.com. Roxie was born on October 3, 1952 to John and Virginia (Ricke) Carlin of Breda. She attended St. Bernard’s School in Breda and graduated high school in 1970. She then attended St. Joseph School of Nursing in Omaha, Nebraska, graduating in 1973. On Memorial Day 1968, she was working as a lifeguard at the Breda Swimming Pool, when she met who would become her husband, Edward (Ed) Rohner. Ed and Roxie were joined in marriage on February 13, 1971 at St Bernard’s Catholic Church in Breda. This union blessed Ed and Roxie with their three children: Tracie, Heather, and Edward II (Tony). As a child, Roxie enjoyed going to “Market” in Omaha to get merchandise for Grandpa Ricke’s store in Breda. She had a love of travel that started early with annual trips to Colorado to visit her grandparents. Throughout her upbringing she learned to have great faith in God Almighty. She was introduced to the service of God and Country by her Mother. She attended American Legion Auxiliary Girls’ State and that service continued as a lifelong member of the Breda American Legion Auxiliary Post 607. Roxie’s professional life was spent primarily in emergency nursing. She spent several years in EMS alongside her husband. She also spent many years working in Des Moines and spent the last few years of her career as a traveling emergency room nurse. Roxie found great joy in flower gardening, reading, singing, and attending musical performances. She loved passing on traditions. She was proud of her German Irish heritage which showed through her cooking. However, her greatest joys were found in her 9 grandchildren, 3 'bonus' granddaughters, 2 great grandchildren and was eagerly awaiting the third in May. Last but not least, she loved her sweets- whether it was giving her grandchildren ice cream for breakfast, buying every slice of pie at the Lake View Water Carnival or savoring pies from Kathy’s in Lake View. Every treat was as sweet as her memories to us! Above all, her greatest strengths were her love of family and ability to find the beauty in things everywhere she went. Left to cherish the memory of Roxie are her husband of nearly 51 years, Edward Rohner; her daughters Tracie ( Tom) Moss and Heather ( Brian Fisher) Sander, and her son Edward II [Tony] ( Michelle) Rohner, grandchildren: Lindsey (Sydney) Slater, Michelle ( Josh) Hoffman, Zachary (Emily) Moss, Samantha (Emmanuel Okirie) Moss, Jacob Sander, Madilynn Fisher, Gracie Fisher, Cora Fisher Andrea Sander, Kiana Rohner, Alexis Rohner, Emmalynn Rohner,; great grandchildren: Sydney Slater Junior, Chloe Hoffman; Mother: Virginia Carlin; Brother: Rick (Ruth Fogler) Carlin; and nephew, Chris Fogler and niece, Kate Fogler. Roxie was reunited in Heaven with her beloved father, John Carlin; father-in-law and mother-in-law : Joseph II and Wenonah Rohner.

The family of Roxanne Rohner created this Life Tributes page to make it easy to share your memories.

Send flowers to the Rohner family.