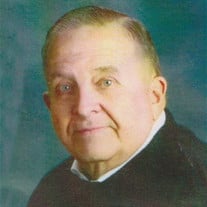 Rollin Tiefenthaler, 79 of rural Carroll, died Monday evening, October 31, 2016 at St. Anthony Regional Hospital in Carroll surrounded by his family, following a brief battle with cancer. Mass of the Christian Burial will be celebrated at 10 a.m. Friday, November 4, 2016 at Holy Spirit Catholic Church in Carroll. The Celebrant will be Fr. Timothy Johnson. Con-Celebrants will be Fr. Gary Snyder and Fr. Ed Tiedeman. Mass servers will be Bryce Smidt and Ross Knobbe. Music for the funeral mass will be by All Strings Attached. Lectors will be: Nicholas Milewski and Jeffrey Milewski. Gift Bearers will be: Tia Tiefenthaler, Tera Petersen, and Elsa Tiefenthaler. Casket Bearers will be: Aaron Smidt, Thomas Leise, Craig Knobbe, Matt Schmitz, Collin Tiefenthaler and Chris Petersen. Honorary Casket Bearers will be: Terry Rath, Dean Onken, Mike Berglund, Scott Hucka, and Bruce Milbrandt. Burial will be in Our Lady of Mt. Carmel Cemetery in Mt. Carmel. Friends may call at Holy Spirit Church in Carroll after 3 p.m. on Thursday where there will be a Christian Wake Service at 7 p.m. Visitation will resume at 9 a.m. Friday morning at Holy Spirit Church, and continue until the time of the funeral mass. In lieu of flowers, memorials may be left at the church for St. Anthony Hospital Foundation or Camp Courageous. Funeral arrangements are under the direction of the Sharp Funeral Home in Carroll and online condolences may be left for Rollin’s family at www.sharpfuneral.com. Born on October 16, 1937 at Carroll, Iowa, Rollin was the son of Alfred and Verna (Neppl) Tiefenthaler. He attended Our Lady of Mt. Carmel School and graduated with the Class of 1955. From a young age he grew up at Al’s Corner Oil Company and helped his dad fill pop and beer coolers, pumping gas, washing windshields, changing tires and delivering gas. On November 7, 1959 he was united in marriage to Verna Boes at St. Bernard’s Catholic Church in Breda. Following their marriage he began farming and continued to work at Al’s Corner, (AKA “the station”). In the late 1970’s he took over ownership of the company and in 1978 joined in partnership with his brother Mark. They built the first convenience store in Auburn and many more followed in surrounding towns within a 70 mile radius; including three truck stops. Rollin thoroughly enjoyed going to work every day; facing the challenges of the oil industry and keeping everything going. An acquisition of a new store or site was a passion of his. He served on the Iowa Petroleum Marketers Board and the Sinclair Oil Company Board for several years. He continued to be involved in the farming operation; getting in the combine at harvest time once his day at the station was completed; eventually passing the farm operation on to his son David. He enjoyed listening and visiting with the farmers, friends, and customers about the markets, land prices, interest rates, commodity prices, politics, and gas prices. Rollin valued his employees and treated them with respect and dignity. If he was unable to do the job he didn’t expect anyone else to do it. He was their equal. Rollin enjoyed relaxing with his wife, family, and friends at Lake Okoboji. Rollin is survived by: his wife of 57 years, Verna Tiefenthaler of Carroll; his children: David (Cindy) Tiefenthaler of Auburn, and Carol (Jim) Lewis of Panama City, FL; his grandchildren: Kelly (Aaron) Smidt, Shannon (Craig) Knobbe, Katie Rotert, April (Matt) Schmitz, and Ashley (Thomas) Leise; his step-granddaughter, Sara (Josh) Lewis-Greear; 10 great-grandchildren; two brothers: Mark (Deb) Tiefenthaler of Carroll and Milo (Carleen) Tiefenthaler of Eau Claire, WI; one sister, Nancy (Tom) Nichols of Clive; as well as many nieces, nephews, other extended relatives and many friends. Rollin was preceded in death by his parents, Alfred and Verna Tiefenthaler; his daughter, Julie; his parents-in-law, Albert and Hendrina Boes; and his great-granddaughter, Addison Knobbe.

Rollin Tiefenthaler, 79 of rural Carroll, died Monday evening, October 31, 2016 at St. Anthony Regional Hospital in Carroll surrounded by his family, following a brief battle with cancer. Mass of the Christian Burial will be celebrated at... View Obituary & Service Information

The family of Rollin Tiefenthaler created this Life Tributes page to make it easy to share your memories.

Send flowers to the Tiefenthaler family.