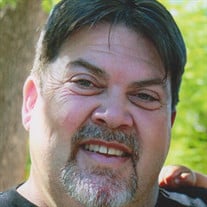 Randy Balk, age 57, of Templeton, passed away on Saturday, June 24, 2017, at his home in Des Moines, Iowa. A funeral mass will be at 10:30 a.m. Friday, June 30, 2017 at Sacred Heart Catholic Church in Templeton. The Celebrant will be Fr. Steve Brodersen. Music will be by Hannah Warner and the Sacred Heart Men’s Choir. Lector for the funeral mass will be Deb Hansen. Gift Bearers will be: Emmett Balk, Sachiko Kieffer, Eleanor Balk, and Tomiea Kieffer. Eucharistic Minister will be Charlene Rupiper. The Dedham American Legion will form an honor guard for the funeral mass. Burial will be in the parish cemetery with military honors conducted by Offutt Air Force Base. Friends may call at the Sharp Funeral Home in Carroll after 4 p.m. on Thursday where there will be a Christian Wake Service at 6:30 p.m. Randy's family will also greet friends one hour prior to the funeral mass on Friday at the church. Funeral arrangements are under the direction of the Sharp Funeral Home in Carroll and online condolences may be left for Randy's family at www.sharpfuneral.com. Randy was born on August, 22, 1959 in Carroll, Iowa the son of LeRoy and Judy (Schaeuble) Balk. He graduated from Kuemper Catholic High School and then joined the United States Air Force where he served from September of 1977 until September of 1997. While in the Air Force he met, fell in love and married Lydia Myers on February 21, 1981. To this union were three children: Tim, Kiyoko and Kathleen. Randy witnessed his children grow into parents as well with one grandson, Emmett; and three granddaughters: Sachiko, Tomiea and Eleanor. During his free time he always had something to do; repairing lawn mowers, cars, striking up conversations with people he never had met; making instantaneous friends in those moments. Randy was diagnosed with gastro esophageal cancer two months ago and fought with all the life he had remaining. In the end, cancer took his life but he passed with his loved ones near and his love will carry on forever. Randy was preceded in death by his father Leroy Balk, however the legacy of love he leaves behind is one that spans across the world. His love is carried on by Lydia (Myers) Balk, his children: Timothy (Lara) Balk of Ankeny, Kiyoko (Steve) Kieffer of Marshalltown, and Kathleen (Katie) Balk of Des Moines; his grandchildren: Emmett Balk, Sachiko Kieffer, Eleanor Balk, and Tomiea Kieffer; his mother, Judy Balk of Templeton; his siblings: Laurie Nieland of Carroll, Tim (Tina) Balk of Templeton, Julie (Ed) Erickson of Key Largo, FL, Joe (Laurel) Balk of Wichita, KS, Joyce Mann of Omaha, and Amy (Chad) Ross of Carroll; his sisters-in-law and brothers-in-law: Mayumi (Michael) Myers-Zastowny of PA, Nancy (Jim) Wilson of New Jersey, and Tammy (Greg) DeRosier of Ohio; as well as his numerous nieces and nephews carry his love through the generations.

The family of Randy Balk created this Life Tributes page to make it easy to share your memories.

Randy Balk, age 57, of Templeton, passed away on Saturday, June...

Send flowers to the Balk family.