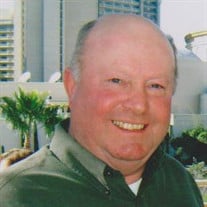 Melvin J. Ludwig, age 70, of rural Auburn, died Monday, March 25, 2019 at his home near Auburn. Mass of the Christian Burial will be celebrated at 10:30 a.m. Thursday, March 28, 2019 at St. Mary’s Catholic Church in Auburn. The Celebrant will be Fr. Lynn Bruch. Con-Celebrant will be Fr. Lawrence McCarty. Music will be by Carmen Ludwig, and Jeana Schroeder, Cantor. Mass Servers will be Josh and Luke Wernimont. Lector will be Sandy Bergman. Bev Bruning, Phyllis Steinkamp, and Norma Wessling will present the offertory gifts. Eucharistic Ministers will be Norm and Diane Wernimont. Melvin’s grandchildren will serve as Honorary Casket Bearers. Casket Bearers will be Jason Ludwig, Joe Ludwig, Cooper Ludwig, Jeremiah Ludwig, Jon Bruning, Matt Wessling, Chase Steinkamp, and Jeff Ludwig. Burial with military honors will be held at St. Mary’s Cemetery near Auburn, immediately following the funeral mass. Friends may call at St. Mary’s Church in Auburn after 4:30 p.m. on Wednesday, there will be a Christian Wake Service held at 5:30 p.m., and a Rosary will be prayed at 7 p.m. Visitation will resume at St. Mary’s Church on Thursday morning from 9:30 to 10:15 a.m. Funeral arrangements are under the direction of the Sharp Funeral Home in Carroll, and online condolences may be left for Melvin’s family at www.sharpfuneral.com. Melvin, the son of Norbert and Evelyn (Tiefenthaler) Ludwig, was born on February 17, 1949 in Sac City, Iowa. He grew up on his parent’s farm southwest of Auburn, and graduated from St. Bernard’s High School in Breda in 1967. After graduation Melvin was inducted into the United States Army, and proudly served his country during the Vietnam War. After his honorable discharge he returned home, and began farming with his father. On March 30, 1974, Melvin was united in marriage to Doreen Eischeid at Holy Angels Catholic Church in Roselle. The couple made their home southwest of Auburn, where Melvin was engaged in grain and livestock farming with his dad and brothers, and later his sons. Melvin enjoyed sports, especially the Iowa Hawkeyes, and Chicago Cubs. He enjoyed watching T.V. Land and multiple shows including, Everybody Loves Raymond, Mash, the Andy Griffith Show, and Wheel of Fortune. Melvin liked his casino trips, and playing cards. He appreciated the new potential of each spring, and the fall of the year where he could enjoy a bountiful harvest. Most of all Melvin enjoyed his children and grandchildren, and all of their activities. He will be remembered for his deep devotion to his faith as a member of St. Mary’s Parish in Auburn, and praying his nightly rosary. Left to celebrate his life are his children: Tim (Samantha) Ludwig of Auburn, Bret (Mary) Ludwig of Lake View, Laurie (Josh) Hofbauer of West Des Moines, and Julie (Nick) Fiala of Grimes; his companion, Kris Minnihan of Auburn; 11 grandchildren: Quintin, Karter, Brooks, and Sawyer Ludwig; Tyrei Lofton, Tristin and Emerson Ludwig; Preston and Hunter Hofbauer; Hope and Lane Fiala. Also surviving are his siblings: Meryl (Deb) Ludwig of Auburn, Roger (Deb) Ludwig of Breda, Earl (Carmen) Ludwig of Auburn, Phyllis (Dale) Steinkamp of Breda, Bev (Dean) Bruning of Breda, Russ “Hagen” (Jean) Ludwig of Breda, Norma (Tom) Wessling of Breda; sisters-in-law and brothers-in-law: LuAnn Ludwig of Carroll, Phyllis (Don) Reineke of Kansas City, MO, Loren (Donna) Eischeid of Bedford, Ronny (Sharon) Eischeid of Carroll, Jeff (Lisa) Eischeid of Ft. Dodge, and Lisa (Jeff) Halbur of Manning; as well as many nieces, nephews, and other extended relatives. Melvin was preceded in death by his wife Doreen Ludwig in 2004, his parents, and his brother Neil Ludwig.

The family of Melvin Ludwig created this Life Tributes page to make it easy to share your memories.