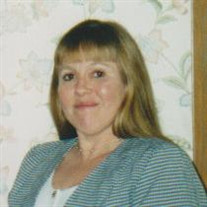 Marlene Origer, age 63, of Carroll, died on Friday, October 28, 2016, at her home surrounded by her family. Mass of the Christian Burial will be celebrated at 10:30 a.m. Wednesday, November 2, 2016 at St. Lawrence Catholic Church in Carroll. The Celebrant will be Fr. Craig Collison. Music will be by Kate Cuddy, and the St. Lawrence Choir. Lectors will be Krista Heuton, and Julie Lueth. Gift Bearers will be Kim Wiederin, Karla Messerich, Melissa Berger, Jessica Berger, Brenda Nielsen, and Lisa Larson. Eucharistic Ministers will be Mary Kay Thatcher, Annette Haberl, and Joanie Buelt. Casket Bearers will be Adam Warner, Brian Berger, Eric Berger, Steven Berger, Brandon Wiese, Oliver Stall, Tyler McDermott, and Nick Berger. Burial will be at Mt. Olivet Cemetery in Carroll. Friends may call at the Sharp Funeral Home in Carroll after 4 p.m. on Tuesday, where there will be a Rosary prayed at 5 p.m., and a Christian Wake Service will be held at 6:30 p.m. The casket will be moved to St. Lawrence Church on Wednesday morning, where visitation will resume at 9:30 a.m., and continue until the time of the funeral mass. Funeral arrangements are under the direction of the Sharp Funeral Home in Carroll, and online condolences may be left for Marlene’s family at www.sharpfuneral.com. Marlene Marian (Berger) Origer was born on April 30, 1953 in Carroll, Iowa; she was the daughter of Othmar and Marita (Huegerich) Berger. She grew up in the Arcadia area where she attended St. John’s Catholic School, and then later graduated from Kuemper Catholic High School in 1971. After high school, Marlene worked at Farmland Foods in Carroll, until the plant closed in 2001. Then she started work at the Graphic Edge in Carroll from August 2003 until September 2015. On May 5, 1990, Marlene was united in marriage to Brian Origer at St. Lawrence Catholic Church in Carroll. The couple made their home in Carroll. Marlene enjoyed motorcycle riding with Brian, fishing, watching movies and football, and spending time with her family. Marlene is survived by her husband Brian Origer of Carroll; her brothers: John (Janis) Berger of Carroll, Gerald (Diane) Berger of Arcadia, Melvin (Laurie) Berger of Westside, Michael (Linda) Berger of Arcadia, and Dale (Jolene) Berger of Arcadia; her sisters: Jolene Berger (fiancé Howard Paul) of Mesa, AZ, Barbara (Kevin) Warner of Carroll, Karen Berger of Arcadia, and Jane Berger (Max Stall) of Lytton; her brothers-in-law: Brad (Marilyn) Origer of California, Robert (Tanya) Origer of Estherville; her sisters-in-law: Cindy Hoss of Estherville, Laurie Origer of Doliver, Beth Origer of Sprit Lake, and Linda Schell of Estherville, as well as many nieces, nephews, and other extended family and friends. Marlene was preceded in death by her parents, her parents-in-law: Maurice & Margaret Origer, and brother-in-law: Dennis Hoss.

Marlene Origer, age 63, of Carroll, died on Friday, October 28, 2016, at her home surrounded by her family. Mass of the Christian Burial will be celebrated at 10:30 a.m. Wednesday, November 2, 2016 at St. Lawrence Catholic Church in Carroll.... View Obituary & Service Information

The family of Marlene Origer created this Life Tributes page to make it easy to share your memories.

Send flowers to the Origer family.