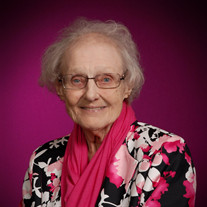 Marian Daniel, age 81, of Carroll, died Thursday, November 3, 2016, at St. Anthony Regional Hospital in Carroll. Mass of the Christian Burial will be celebrated at 10:30 a.m. Monday, November 7, 2016 at St. Lawrence Catholic Church in Carroll. The Celebrant will be Fr. Craig Collison. Music will be by Kate Cuddy and the St. Lawrence Choir. Lector will be Shirley Molitor. Gift Bearers will be Gary Daniel, Timothy Daniel, Marcy Burke, Linda Rhoades, and Cheryl King. Eucharistic Ministers will be Shirley Molitor, Lorraine Danner, and Jean Knobbe. Casket Bearers will be Randi Daniel, Mikala Reynolds, Ariel Bertran, Abigail Esdohr, Casey Daniel, Kaitlyn Burke, and Daniel Burke. Burial will be at Mt. Olivet Cemetery in Carroll. Friends may call at the Sharp Funeral Home in Carroll, after 2:30 p.m. on Sunday, where there will be a Rosary prayed at 3 p.m., and a Christian Wake Service will be held at 5 p.m. The casket will be moved to St. Lawrence church on Monday morning, where visitation will resume at 9:30 a.m. and continue until the time of the funeral mass. Funeral arrangements are under the direction of the Sharp Funeral Home in Carroll, and online condolences may be left for Marian’s family at www.sharpfuneral.com. Born on January 23, 1935 at Carroll, Iowa, Marian was the daughter of Steve and Florence (Hermsen) Loew. She grew up on her family’s dairy farm near Maple River, where she milked cows, bottle fed calves, and helped deliver newborn calves. She later completed her education from St. Francis of Assisi School in Maple River. On August 11, 1956 Marian was united in marriage to Roland Daniel at St. James Catholic Church in Madison, Wisconsin. The couple made their home in the Carroll area. Marian worked at St. Anthony Hospital for over 25 years, working on the cleaning staff, and later completing her education to become a certified nurse’s aide. Marian also was a devoted wife, mother, grandmother, and homemaker. She enjoyed baking, gardening, canning, watching baseball, especially if the St. Louis Cardinals were playing, and traveling with Roland. Marian held a special place in her heart for her extraordinary furry companion Louie. Most of all Marian enjoyed being a wife, mother, and grandmother, as many of her most enjoyed moments were spent with her family. Marian was a member of St. Lawrence Parish in Carroll. Left to celebrate Marian’s life is her husband of over 60 years, Roland Daniel of Carroll. Her five children and their spouses: Gary Daniel of Des Moines, Timothy (Leslie) Daniel of Ankeny, Marcy (Tom) Burke of Kearney, MO, Linda (Tim) Rhoades of Polk City, and Cheryl (Doug) King of Coon Rapids; seven grandchildren: Randi Daniel, Mikala (Jeremy) Reynolds, Ariel (Bryce) Bertran, Abigail (Ryan) Esdohr, Casey Daniel, Kaitlyn Burke, and Daniel Burke, four great-grandchildren: Oliver Reynolds, Sawyer Reynolds, Atlas Esdohr, and Cedar Esdohr; her siblings: Larry (Mary Jane) Loew of Maple River, Lollie (Jim) Derner of Sac City, Katie Hoffman of Carroll, Stephen (Deb) Loew of Des Moines, and Aggie (Bob) Snyder of Des Moines, as well as many nieces, nephews, and other extended relatives. Marian was preceded in death by her parents; and her brothers: Denny, Clancy, Joe, and her twin brother Merlin Loew, and her sister Ethel Mae Davis.

The family of Marian Daniel created this Life Tributes page to make it easy to share your memories.

Send flowers to the Daniel family.