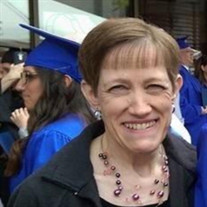 Karen A. Behrens, 55, of Lytton, IA, died Friday, March 13, 2020 at University of Iowa Hospital. Private Family Services will be held Friday, March 20, 2020 at the Sharp Funeral Home in Breda. Honorary Casket Bearers will be: Calvin Blessington, Josh Collins, Jennifer Fountas, Jason Collins, and Eric Blessington. Casket Bearers will be: Aaron Holmes, Gavon Buckley, James Buckley, Kaylin Blessington, Justin Johnson, Josh Johnson and Bre Johnson. Burial will be in St. Bernard’s Cemetery in Breda. Funeral arrangements are under the guidance of the Sharp Funeral Home in Breda and online condolences may be left for Karen’s family at www.sharpfuneral.com. Karen was born July 12, 1964, at St. Anthony’s Hospital in Carroll the daughter of Paul and Mary (Rotert) Tiefenthaler. She grew up and was educated in Breda and Wall Lake. She married Marty Behrens on October 31st, 1992, in Carroll, IA and established their home on a farm just south of Lytton where they spent their entire life together. From 2004-2014, Karen was a teachers aid for the Rockwell City-Lytton school district where she enjoyed every moment helping kids learn & shape their minds, eventually she was forced to retire due to her battle with Cystic Fibrosis. In October 2018, Karen was gifted a second chance at life with a double lung transplant but her long battle eventually came to an end due to complications. Karen is survived by her husband Marty of Lytton; her daughters: Nicole Behrens and friend Scott Thompson of Ft. Dodge, and Christine Behrens and friend Jordan Rozenboom of Pomeroy; her grandsons: Kenray and Connor; her sisters: Eileen (Kent) Blessington of Auburn, and Marlene Tiefenthaler of Auburn; her brothers: Arnold Tiefenthaler of Breda, Verny Tiefenthaler of Breda, Zeke (Linda Gifford) Tiefenthaler of Indianola, Gary (Jan) Tiefenthaler of Adel, and Glenn Tiefenthaler of Auburn; her parents in-law: Larry and Virginia Behrens of Carroll; her sisters-in-law and brothers-in-law: Lauri Behrens of Omaha, Cheri (Denny) Johnson of Ozark, MO, Vicki Douglas of Charlotte, NC and Russell Behrens of Carroll; as well as other extended relatives and many friends. Karen was preceded in death by her parents, Paul and Mary (Rotert) Tiefenthaler; her brother Gene Tiefenthaler; and her grandparents Conrad & Mary Tiefenthaler and Henry & Argina Rotert.

The family of Karen Behrens created this Life Tributes page to make it easy to share your memories.