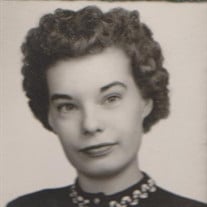 Joleen Gerdes, 82, of Carroll, died Tuesday, March 22, 2022 at Accura Healthcare of Carroll. Mass of the Christian Burial will be celebrated at 10 a.m., Saturday, March 26, 2022 at Holy Spirit Church – St. John Paul II Parish in Carroll. The Celebrant will be Fr. Patrick Behm. Music will be by Kathy Halbur and Sherry Loughran. Gift Bearers will be Deb Pietig and Joni O’Rourke. Casket Bearers will be Tim Pietig, Scott Pietig, Jeff Pietig, Marc Pietig, Rick Grote, and Mike Grote. Burial will be in Mt. Olivet Cemetery in Carroll. Visitation will be from 9-9:45 a.m. on Saturday at Holy Spirit Church. Funeral arrangements are under the guidance of the Sharp Funeral Home in Carroll and online condolences may be left for Joleen’s family at www.sharpfuneral.com. The daughter of Leonard and Evelyn (Berning) Pietig, Joleen was born on July 16, 1939 in Carroll, Iowa. She attended Holy Angels School in Roselle and later graduated from Kuemper Catholic High School with the Class of 1959. On September 10, 1960, Joleen was united in married to Charles “Chuck” Gerdes at Holy Angels Catholic Church in Roselle. Following their marriage the couple moved north of Glidden where Chuck was engaged in farming. In the early 1970’s, following the sudden death of her husband, Joleen and her son Randy moved to Carroll to live with her parents. After her son Randy’s passing Joleen became a resident at Mallard View in Carroll until most recently residing at Accura Healthcare of Carroll. While at Mallard View she enjoyed the various activities and games with the residents. Joleen loved spending time with her family especially going for drives. Joleen is survived by her sister Doreen Grote of Carroll; her brother, William (Judy) Pietig of Glidden; many nieces, nephews, and other extended relatives. Joleen was preceded in death by her parents; her husband Chuck Gerdes; son Randy Gerdes; her brother Ron Pietig; her sister-in-law, Karma Pietig; and her brother-in-law, Jack Grote.

The family of Joleen Gerdes created this Life Tributes page to make it easy to share your memories.

Send flowers to the Gerdes family.