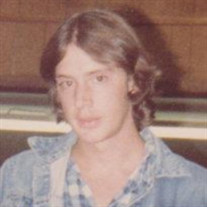 Jody “Joe” Lee Schumann, age 61, died on Saturday, August 14, 2021 at Accura Healthcare in Manning, Iowa after a two year battle with kidney and lung cancer. A celebration of his life is being planned for a later date. Memorial contributions may be directed to the April Schumann Family, for a later designation. Funeral arrangements are under the guidance of the Sharp Funeral Home in Carroll, and online condolences may be left for Jody’s family at www.sharpfuneral.com. Jody was born on June 30, 1960 to Ruby and Harold Schumann. He grew up in rural Iowa and the family ultimately settled in Templeton. In the late 1980’s Jody had three children with Paulina Paul of Sioux City, and they spent 12 years moving around the area raising the children. Jody was married to April Storesund on November 19, 1998. Together they lived in South Dakota for a short time, but returned to Iowa by 2001. Jody and April lived in Coon Rapids for a brief time before moving to Ft. Dodge, Iowa with Jody’s children, and granddaughter so he could attend Iowa Central Community College. Jody held degrees in Ag Power Mechanics, Industrial Maintenance and Welding. Although he consider himself a loner, family was very important to Jody. He had 12 siblings/half-siblings, children, and grandchildren. He was a quiet man who enjoyed working on his truck and spending time with friends. After his mother passed away in 2018 Jody and his wife relocated to the Templeton area to care for his father. Left to honor his memory is his wife April of Coon Rapids, his father, Harold Schumann Sr. of Templeton. Jody’s daughter: Kasey (Alexander Nafe), Kasey’s children Traygan, Helena, and Atari Johnson of Ft. Dodge, Jody’s son Aaron of Sioux City, and Jody’s daughter Nicole (Storm) Perry and her children Jakobi, and Raidyn Perry of Paulina, Iowa; His children’s mother: Paulina Kounkel (Jay) of Merrill, his surviving siblings: Wanda Woodbeck of Eagle Grove, Kevin Schumann of Manning, Harold Schumann JR of Iowa, three step grandchildren as well as many cousins, nieces and nephews. He was preceded in death by his grandparents, mother Ruby and 9 siblings.

Jody &#8220;Joe&#8221; Lee Schumann, age 61, died on Saturday, August 14, 2021 at Accura Healthcare in Manning, Iowa after a two year battle with kidney and lung cancer. A celebration of his life is being planned for a later date. Memorial... View Obituary & Service Information

The family of Jody Schumann created this Life Tributes page to make it easy to share your memories.

Send flowers to the Schumann family.