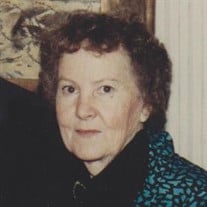 Jeanne Martin, age 98, of Carroll, died Thursday, August 30, 2018, at Regency Park Nursing Home in Carroll. Mass of the Christian Burial will be celebrated at 10 a.m. Tuesday, September 4, 2018 at St. John Paul II Parish – St. Lawrence Church in Carroll. The Celebrant will be Fr. Shinoj Jose. Mass Servers will be Connor Reicks, Isaac Meyers, and Maximilian Meyers. Music will be by Diane Mahony, and Gail Johll. Lectors will be Paul Reicks, and Kim Killian. Gift Bearers will be Jeanne’s grandchildren. Eucharistic Ministers will be Carrie Meyers, Jenny Reicks, and Kim Killian. Casket Bearers will be Tim Ortner, Nick Martin, Kelly Loneman, Paul Reicks, Christopher Martin, Jon Martin, and Patrick Martin. The Legion of Mary will form an honor guard for the funeral mass. Burial will be at 3 p.m. Tuesday, at Mt. Calvary Cemetery, Imogene, Iowa. Friends may call at St. Lawrence Church after 2 p.m. on Monday, where there will be a Legion of Mary Rosary prayed at 3 p.m., and a Christian Wake Service will be held at 5 p.m. Visitation will resume from 9-9:45 a.m. Tuesday morning. Funeral arrangements are under the direction of the Sharp Funeral Home in Carroll, and online condolences may be left for Jeanne’s family at www.sharpfuneral.com. Jeanne was born on August 3, 1920 in Imogene, Iowa, the daughter of Tom and Bertha (Saner) Regan. She grew up in Imogene and attended St. Patrick’s School before graduating from Mrs. Nystrom’s Beauty School in Minneapolis, MN. Upon completing school she returned to Imogene where she met and married Joseph Martin on November 4, 1941. The couple farmed near Imogene for several years while Jeanne raised their first eight children. Jeanne and Joseph had a deep faith, and believed highly in Catholic Education, so in 1956 they moved to Carroll with their eight children at that time. While in Carroll, Jeanne was a devoted homemaker, and the couple added 3 more children to their family. Later on she owned and operated the Dairy Stripe in Carroll. Jeanne’s greatest joy was spending time with her 11 children, and many grandchildren and great-grandchildren. She awoke each morning with prayer for each and every one of them. A member of the Legion of Mary for many years, she was devoted to her Catholic faith, leading the rosary before the start of Mass at St. Lawrence Church, and reciting the rosary at many funeral services. She served as a counselor with Birthright, answering questions for expectant mothers, and providing them with resources to assist in their pregnancies. She loved to work the land; first as a farmer’s wife outside of Imogene, and the rest of her life in her fabulous gardens. She harvested many meals for her large family and enjoyed canning the products throughout her life. She was famous for her cooking and added just the perfect amount of love to each recipe. An avid reader, she was blessed by the services of the Iowa Department for the Visually Impaired that provided her with a broad range of tapes so she could continue her passion for learning after losing her vision in her mid-90’s. A gifted artist, she found relaxation in painting landscapes and animals. Jeanne is survived by her eleven children: Donna (Tom) Ortner of Knoxville, TN, David Martin of North Platte, NE, Kenny Martin of McAllen, TX, Jan (Dick) Loneman, of Omaha, NE, Helen Reicks of Carroll, Jim (Twyla) Martin of St. Libory, NE, Anna Martin of Carroll, Bonnie (Dominic) Kam of Hong Kong, Kevin (Donna) Martin of Waverly, NE, Sean (Carol) Martin of Cedar Rapids, and Dean (Rina) Martin of Steamboat Springs, Colorado; sisters-in-law: Mary Martin of Council Bluffs, and Monica Regan of Shenandoah; as well as many nieces, nephews, and other extended relatives. Jeanne was preceded in death by her parents, Tom and Bertha Regan; her husband Joseph J. Martin on May 9, 1992; her son-in-law: Jim Reicks; sisters: Lucille Hughes, Helen Hughes, Rita Skalberg, Gert Eggers, Margie James; her brothers: Mike Regan, Bob Regan, Jerome Regan, Tom Regan, Edward Regan, Ken Regan. To this date, the question of who mom loved the best remains in dispute. She had the unique quality of making all eleven children feel like her favorite.

The family of Jeanne Martin created this Life Tributes page to make it easy to share your memories.

Send flowers to the Martin family.