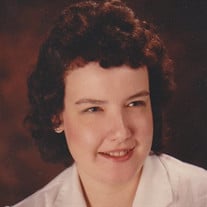 Jean Gehling, age 58, of Carroll, passed away on Thursday, May 30, 2019 at St. Anthony Nursing Home in Carroll, after a courageous battle with cancer. Mass of the Christian Burial will be celebrated at 10 a.m. Monday, June 3, 2019 at St. John Paul II Parish, Holy Spirit Church in Carroll. The Celebrant will be Fr. Shinoj Jose. Music will be by Dr. Franklyn Busby, Pastoral Musician, and the Holy Spirit Resurrection Choir. Lector will be Sister Joann Gehling F.S.P.A. Gift Bearers will be Ryan Hart, Bryant Gehling, Collin Willenborg, Kaleb Gehling, and Nile Hart. Eucharistic Ministers will be Mary Jo Berning, Diane Vonnahme, and Margene Heisterkamp. Casket Bearers will be Ryan Hart, Brad Hart, Alyssa and Matt Willenborg, Bryant Gehling, and Chad Gehling. Burial will be at Mt. Olivet Cemetery in Carroll. Friends may call at the Sharp Funeral Home in Carroll, after 3 p.m. on Sunday, where there will be a Christian Wake Service at 5 p.m. Visitation will resume at the church on Monday from 9 until 9:45 a.m. Funeral arrangements are under the direction of the Sharp Funeral Home in Carroll, and online condolences may be left for Jean’s family at www.sharpfuneral.com. Jean Marie, the daughter of the late Edward and Lorraine (Berning) Gehling was born on January 7, 1961 at Carroll, Iowa. She grew up near Willey, and attended Dedham-Willey Grade School, later graduating from Kuemper Catholic High School in 1979. After her graduation she enrolled at Iowa Central Community College in Ft. Dodge and graduated with a Medical Assistant Degree, she returned to Carroll, and worked in medical records at St. Anthony Hospital. Jean then graduated from Jennie Edmundson in Council Bluffs with a Radiation Technician degree, and worked in multiple communities. Jean also held a position at Imagine the Possibilities in Corning. Jean enjoyed playing the organ at St. Mary’s Catholic Church in Willey during her earlier years. She also enjoyed playing bingo, and crafts including: Crocheting, knitting, needle-point and embroidery. Jean’s faith was very important to her and studied from the Bible frequently. Jean is survived by her siblings: Jan Gehling and friend John Erickson of Carroll; and Matt Gehling, and fiancé Julie Brown of Carroll; her nieces and nephews: Ryan (Melissa) Hart of Boone, Brad Hart of Ames, Alyssa (Matt) Willenborg of Dedham; Bryant Gehling and friend Stacie Wiederin of Carroll; and Chad (Alli) Gehling of Dedham; great-nieces and great-nephews: Collin Willenborg, Kaleb Gehling, Brianna Willenborg, Nile Hart, Emma Willenborg, Kolten Gehling, and Bennett Hart; as well as many extended relatives and friends. Jean was preceded in death by her parents; Ed and Lorraine Gehling, and a brother in infancy, Joseph Gehling.

Jean Gehling, age 58, of Carroll, passed away on Thursday, May 30, 2019 at St. Anthony Nursing Home in Carroll, after a courageous battle with cancer. Mass of the Christian Burial will be celebrated at 10 a.m. Monday, June 3, 2019 at St. John... View Obituary & Service Information

The family of Jean Gehling created this Life Tributes page to make it easy to share your memories.

Jean Gehling, age 58, of Carroll, passed away on Thursday, May...