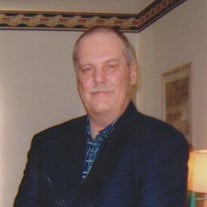 Glenn Koster, 67 of West Des Moines, and formerly of Breda, died Friday, January 3, 2020 at Iowa Methodist Medical Center in Des Moines, Iowa. A Funeral Mass will be held at 10:30 a.m., Wednesday, January 8, 2020 at St. Bernard's Catholic Church in Breda. The Celebrant will be Fr. Timothy Friedrichsen. Music will be by Marilyn Hundling and the St. Bernard’s Choir. Lector for the funeral mass will be Sharon Neumayer. Gift Bearers will be Glenn’s grandchildren: Cameron Koster, Ari Koster, Lily Perry, and Ivy Perry. Eucharistic Ministers will be Carol Strautman and Leonard and Jean Grote. Burial will be in St. Bernard’s Cemetery in Breda. Visitation will be held from 5-7 p.m. Tuesday at the Sharp Funeral Home in Breda. Additional visitation will be held from 9:30-10:15 a.m. on Wednesday at the church. Funeral arrangements are under the guidance of the Sharp Funeral Home in Breda and online condolences may be left for Glenn's family at www.sharpfuneral.com. Born March 05, 1952 in Carroll, Iowa, Glenn was the son of Donald and Delores (Heinrichs) Koster. Glenn spent his younger years in the Breda Community and graduated from St. Bernard’s High School in 1970. He went on to college at Buena Vista in Storm Lake on a baseball scholarship for 2 years then attended Iowa State University. Glenn enjoyed hunting, fishing, slow-pitch and with his love for baseball, he became an umpire. Glenn was a huge sports fan and loved spending time with his family and grandchildren. He also has a charisma for poker. He loved the challenge and found a way to go on winning tournament after tournament. Glenn is survived by his children; Barry (Debbie) Koster of West Des Moines, Lola (Steve) Perry of Polk City and Travis Koster of West Des Moines; his grandchildren: Cameron Koster, Ari Koster, Lily Perry, and Ivy Perry; his mother, Dolores Koster of Carroll; his siblings: Jerry and Dee Koster of Breda, Joanie and Craig Neppel of Aurora, IL, Tom and Cindy Koster of Omaha, NE, Kathy and John Pauli of Carroll, Sharon and Mark Neumayer of Omaha, NE, Mary Jo and Bill Thomasson of Iowa City, and Carol and Mike Thobe of Carroll; as well as many nieces, nephews and other extended relatives. Glenn was preceded in death by his father, Donald Koster.

The family of Glenn Koster created this Life Tributes page to make it easy to share your memories.