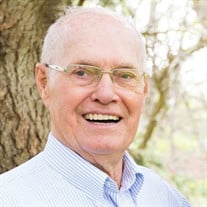 Donald Nieland, 86 of Carroll, died Wednesday, December 15, 2021, at his home in Carroll surrounded by his family. Mass of the Christian Burial will be celebrated at 10:30 a.m., Monday, December 20, 2021, at St. John Paul II Parish – Holy Spirit Church in Carroll. The Celebrant will be Fr. Kevin Richter. Mass Servers will be Mitchell and Ryan Boles. Music will be by Marcy Anderson and Kathleen Macke. Lectors for the Mass will be Katie Rowe, Jillian Waters, and Taylor Pudenz. Gift Bearers will be Carter Nieland, Sydney Pudenz and Heather Kennebeck. Casket Bearers will be Steven Waters, Tony Nieland, Brett Nieland, Nate Weitl, Kyle Behrens, Chris Sievers, Andy Kennebeck, Justin Schultes and Hayden Pudenz. Honorary Casket Bearers will be Brian Badding, Austin Weitl, Cody Weitl, Jacob Sievers, Alex Kennebeck, Will Kennebeck, Cory Schultes, Wes Schultes and Thomas Schultes. Burial will be in the Carroll City Cemetery. Visitation will be from 3-6 p.m. on Sunday at the Sharp Funeral Home in Carroll. Additional visitation without greeting the family will be from 9:30-10:15 a.m. on Monday at the church. In lieu of flowers, Don’s family suggests memorials to St. Anthony Cancer Center or Kuemper Tuition Assistance. Don was a true family man. He really enjoyed large family gatherings, such as the annual Nieland Christmas and family weddings, listening to and watching the family playing games and enjoying each other’s company. His family asks you to spend a day or evening with your loved ones, playing cards or games, and sharing a memory or two of Don (Mick). Funeral arrangements are under the guidance of the Sharp Funeral Home in Carroll and online condolences may be left for Don’s family at www.sharpfuneral.com. The second of seven children born to Julius Sr .and Emma (Huegerich) Nieland, Donald was born January 22, 1935, in Lake City, Iowa. He grew up helping on the farm near Lake City, and later near Rockwell City, while attending Country School and then Rockwell City High School. On April 21, 1956, Donald married Kay Prince, at Sts. Peter and Paul Church in Carroll, Iowa. Don and Kay spent the early years of their marriage in the Westside area where Don was a farm hand. In 1962, they moved to Carroll where Don began his career at Crouse Cartage Company. He worked on the loading dock there for 34 years, retiring as Dock Supervisor in 1996. During his time at Crouse Cartage, Don especially loved his part-time job as a school bus driver for Kuemper Catholic Schools and later for Carroll Community Schools. His family has enjoyed his countless bus stories over the years. Don, also known to his family and close friends as “Mick”, had a passion for a perfectly groomed lawn and a clean car. He loved sitting on his porch and visiting with family and friends, playing cards, cheering on his Chicago Bears and Chicago White Sox, and trips to the casino. Don affectionately called his kids and grandkids “turkey” and in turn was called the same by them. He adored his time spent with each one of them. Most of all, Don was proud of the large family he raised…the Lucky 13. One of his best days was celebrating the 100th member of the family with a balloon launch the day his granddaughter Whitney married her husband Jack. Donald is survived by his wife of 65 years, Kay, his children: Karen Nieland of Carroll, Karleen (Jim) Waters of Clive, Donald M Nieland of Madison, WI, Marc (Joyce) Nieland of Carroll, Kristy (Jerry) Weitl of Templeton, Kathy (Mark) Behrens of Carroll, Diane (Tom) Irvine of Cedar Rapids, Cheryl (John) Sievers of Loveland, CO, Julie (Dennis) Kennebeck of Carroll, Beth (Lynn) Schultes of Emmetsburg, Susie (Alan) Boles of Breda, Jenny (Joe) Pudenz of Bellevue, NE, and Brad (Sabrina) Nieland of South Windsor, CT; 34 grandchildren and 35 great-grandchildren with two more on the way. Donald was preceded in death by his parents; his sister Erma Hanson; his brothers Virgil and Julius Jr.; his mother-in-law Glennie Prince; his sisters-in-law Sharon Nieland, Lillian Nieland, Carol Musfeldt and Bette Prince; his brothers-in-law Doug McAdon and Ed Musfeldt; and his nephews Tom Hanson and Aaron Nieland.

The family of Donald Nieland created this Life Tributes page to make it easy to share your memories.

Send flowers to the Nieland family.