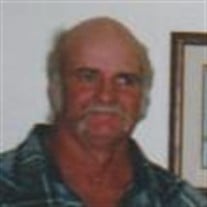 Donald Brincks, 64 of Templeton, died on Tuesday, January 23, 2018. A funeral mass will be held 10:30 a.m. Thursday, February 1, 2018 at St. Lawrence Catholic Church in Carroll. The Celebrant will be Fr. Brian Feller. Music will be by Kate Cuddy and the St. Lawrence Choir. Lectors will be Deb Brincks, and Tina Kelly. Gift Bearers will be Alice Miskimins, Eileen Sander, Lavonne Dungan, Joan Bernholtz, and Doris Piriak. Eucharistic Minister will be Joan Bernholtz. Burial will be in Mt. Olivet Cemetery in Carroll. Visitation will begin at 9 a.m. on Thursday at St. Lawrence Church in Carroll and will continue until time of the funeral mass. Funeral arrangements are under the direction of the Sharp Funeral Home in Carroll, and online condolences may be left for Donald’s family at www.sharpfuneral.com. Donald Brincks was born on May 12, 1953 in Carroll, Iowa, to Louis H., and Marcella (Schultes) Brincks. He grew up between Dedham and Coon Rapids, and graduated from Kuemper Catholic High School in 1971. After high school Don worked various jobs. Between 1975 and 1982 Don worked as a self-employed farmer. After 1982, Don held various jobs throughout the area, and during that time he continued to help many area farmers with seasonal help. Recently Don was employed as a driver for Bohlmann and Sons Sanitation in Audubon. Don is survived by his siblings: George (Geneva) Brincks of Templeton, Alice Miskimins of Perry, Eileen Sander of Carroll, Lavonne (Gary) Dungan of Holstein, James Brincks of Carroll, Joan (Paul) Bernholtz of Carroll, Doris (Mike) Piriak of Stafford, VA, and Jerry (Deb) Brincks of Lidderdale, as well as many nieces, nephews, and other extended relatives and friends. Don was preceded in death by his parents, Louis H, and Marcella Brincks, and brothers-in-law: Glen Miskimins, and Denis Sander.

Donald Brincks, 64 of Templeton, died on Tuesday, January 23, 2018. A funeral mass will be held 10:30 a.m. Thursday, February 1, 2018 at St. Lawrence Catholic Church in Carroll. The Celebrant will be Fr. Brian Feller. Music will be by Kate... View Obituary & Service Information

The family of Donald Brincks created this Life Tributes page to make it easy to share your memories.