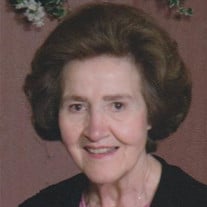 Delores Staley, 82 of Carroll, died Monday, May 8, 2017 at St. Anthony Regional Hospital in Carroll surrounded by her family. Mass of the Christian Burial will be celebrated at 1:30 p.m. Friday, May 12, 2017 at Holy Spirit Catholic Church in Carroll. The Celebrant will be Fr. Timothy Johnson. Con-Celebrants will be Fr. Ed Tiedeman and Fr. Richard Remmes. Music for the funeral mass will be by Marcy Anderson with Lindsay Marks and Chelsea Smith as vocalists. Lectors for the funeral mass will be: Melissa Moody, Angie Lewis, and Kelsie Strunc. Gift Bearers will be: Ally Staley, Theresa Staley, Stephanie Smith, Laurel Ketcham, and Meghan Roberts. Eucharistic Ministers will be: Audrey Strunc and Florence Oswald. Casket Bearers will be: Tony Staley, Nick Gohr, Jake Gohr, James McDonough, Jason Rau, and Jerry Schaben. The Legion of Mary with form an honor guard for the funeral mass. Burial will be in Mt. Olivet Cemetery in Carroll. Friends may call at the Sharp Funeral Home in Carroll after 4 p.m. on Thursday where there will be a rosary at 5 p.m. by the Legion of Mary and a Christian Wake Service at 6:30 p.m. The casket will be moved to Holy Spirit Church on Friday where visitation will resume at 12:30 p.m. until time of the funeral mass. Memorials may be left at the funeral home or the church for Kuemper Catholic School’s Foundation. Funeral arrangements are under the direction of the Sharp Funeral Home in Carroll and online condolences may be left for Delores’ family at www.sharpfuneral.com. Delores Susan Staley was born on December 22, 1934, to William and Josephine (Block) Schaben in Earling, Iowa. She was baptized and confirmed at St. Peter’s Catholic Church in Defiance, Iowa. She grew up on a farm and graduated from high school in 1952. Delores later completed her Licensed Practical Nurse training at Des Moines Area Community College in Carroll, Iowa, where she graduated as valedictorian of her class. On April 22, 1957, Delores was united in marriage to John “Jack” Staley at St. Peter’s Catholic Church, and they became parents to five children: Jayne, David, Connie, John and Ann, all of whom graduated from Kuemper Catholic High School in Carroll, Iowa. Jack and Delores celebrated their sixtieth wedding anniversary on April 22, 2017. Delores was a member of Holy Spirit Parish in Carroll for sixty years where she served in the Legion of Mary. Delores worked at the Carroll Health Center for thirty years as a nurse until the age of seventy, caring for the elderly whom she dearly loved. Delores continued to visit and pray with patients in the nursing home until she was no longer able to do so. She was very faith-filled and prayerful and entirely devoted to her family. In addition to caring for the sick and elderly, Delores loved spending time with her children, grandchildren, siblings, and friends. She loved to cook, bake, sew, crochet, fish, play cards and collect antiques and glassware. She also thoroughly enjoyed attending her children’s and grandchildren’s ball games, programs, and special events. Delores was a polio survivor. She passed away after a lengthy battle with Parkinson‘s Disease. Delores was preceded in death by her parents, William and Josephine and brothers: Raymond, Eugene, Jack, and Marvin Schaben and a sister, Joan Schaben. Delores is survived by her husband of sixty years, Jack Staley of Carroll; her children: Jayne (Randy) Smith of Ankeny, IA; Dave (Virginia) Staley of Lincoln, NE; Connie (Ken) McDonough of Omaha, NE; John (Lisa) Staley of Sergeant Bluffs, IA; and Ann (John) Gohr of Blair, NE; her grandchildren: Lindsay Marks, Chelsea and Stephanie Smith; Tony, Molly and Theresa Staley; Audrey and Kelsie Strunc, James McDonough, Laurel Ketcham and Meghan Roberts; Melissa Moody, Angie Lewis, and Allison Staley; and Nick and Jake Gohr; her great grandchildren: Lillian and Anna Marks; Landon Staley; Leia Ketcham; Emma, Katelee and Dylan Moody and John and Jenna Lewis; her siblings: Charles (Delores) Schaben of Harlan, IA; Betty Grote of Earling, IA; Janice (Cletus) Schmitz of Harlan, IA; Gladys (Dan) Rau of Harlan, IA; Duane (Joan) Schaben of Council Bluffs, IA, and Ron (Marge) Schaben of Defiance, IA; as well as other extended relatives and many friends.

Delores Staley, 82 of Carroll, died Monday, May 8, 2017 at St. Anthony Regional Hospital in Carroll surrounded by her family. Mass of the Christian Burial will be celebrated at 1:30 p.m. Friday, May 12, 2017 at Holy Spirit Catholic Church in... View Obituary & Service Information

The family of Delores Staley created this Life Tributes page to make it easy to share your memories.

Send flowers to the Staley family.