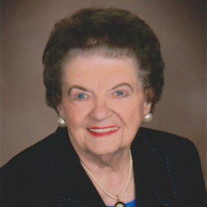 Delores “Dee” Kanne, age 88, of Carroll, died unexpectedly on Thursday, November 23, 2017, at her home in Carroll. Mass of the Christian Burial will be celebrated at 10:30 a.m., Wednesday, November 29, 2017, at St. Lawrence Catholic Church in Carroll. The Celebrant will be Fr. Brian Feller. Music will be by Kate Cuddy and the St. Lawrence Choir with Jean Knobbe as cantor. Lectors will be Rhonda Derby and Jill Wolverton. Gift Bearers will be Anne Bowman, Cara Grasso Speir, and Emma Lange. Eucharistic Ministers will be Bonnie Danner, Diane Hannasch, and Dennis Schleisman. Casket Bearers will be Sean Neumayer, Eric Neumayer, David Grasso, Adam Lange, Andrew Lange, and Ken Murray. The Carroll Catholic Daughters of the Americas will form an honor guard for the funeral mass. Burial will be in Mt. Olivet Cemetery in Carroll. Friends may call at the Sharp Funeral Home in Carroll after 4 p.m. on Tuesday where there will be a rosary at 5 p.m. by the Carroll Catholic Daughters of the Americas and a Christian Wake Service at 6:30 p.m. The casket will be moved to St. Lawrence Church on Wednesday morning where visitation will resume at 9:30 a.m. and will continue until time of the funeral mass. Funeral arrangements are under the direction of the Sharp Funeral Home in Carroll and online condolences may be left for Dee’s family at www.sharpfuneral.com. Born on September 30, 1929, in Carroll, Iowa Delores was the daughter of Clarence and Clara (Murray) Goecke. She grew up in Breda, and in 1947 she graduated from St. Bernard’s High School in Breda. After graduating, Dee worked at J.C. Penny in Carroll until the time of her marriage. On April 19, 1948, Dee was united in marriage to Robert Kanne at St. Bernard’s Catholic Church in Breda. The couple made their home on a farm outside of Carroll. Then in 1955, after building their new home, Dee and Robert moved into the Carroll community. Dee was known affectionately for her harmonica playing and her crocheted scrubies. She was active in the community especially with the Community of Concern Food Pantry and the Carroll R.S.V.P. Singers. Dee was a member of the Carroll Catholic Daughters of the Americas, R.S.V.P. Singers, and St. Lawrence Parish in Carroll, where she actively sang in the church choir. Dee is survived by her children: Beverly (Ronald) Neumayer of Lincoln, Nebraska, Barbara (Joe) Grasso of Albuquerque, New Mexico, and Lori Lange of Carroll; eight grandchildren: Sean Neumayer of Tampa, Florida, Eric (Kim) Neumayer of Lincoln, Nebraska, Anne (Chris) Bowman of Lee’s Summit, Missouri, Cara (Mike) Grasso Speir of Tucson, Arizona, David (Naomi) Grasso of Tampa, Florida, Adam Lange of Queens, New York, Andrew Lange of Amherst, Massachusetts, and Emma Lange of Washington, D.C.; seven great-grandchildren: Katelyn, Ava, and Blake Neumayer; Nicholas, Nathan, and Noah Bowman; and Joey Grasso. Also surviving are Dee’s sisters: Madonna Koster of Carroll, and Marinell (Warren) Garnatz of LaVista, Nebraska; and a sister-in-law: Marlene Goecke of Remsen. Dee was preceded in death by her parents; her husband Robert in 1990; her siblings: Dean Goecke in infancy, Marlys (Neil) Polking, and Ken Goecke; and a brother-in-law: Linus Koster.

The family of Delores "Dee" Kanne created this Life Tributes page to make it easy to share your memories.

Send flowers to the Kanne family.