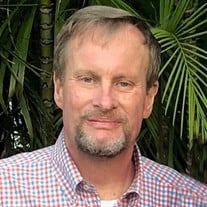 Dean Albrecht, age 62, of Carroll, passed away, on Monday, May 7, 2018 at St. Anthony Regional Hospital in Carroll. Mass of the Christian Burial will be celebrated at 10:30 a.m. Friday, May 11, 2018 at St. Lawrence Catholic Church in Carroll. The Presider will be Fr. Brian Feller, assisted by Deacon Butch Stone. Homilist will be Fr. Timothy Schott. Con-Celebrant will be Fr. Timothy Johnson. Music will be by Kate Cuddy, Kathleen Macke, Jake Gute, and the St. Lawrence Choir. Lectors will be Bryce Block, and Steve Albrecht. Mass Servers will be Mitch Badding, and Evan Koster. Gift Bearers will be Myles Grossman, Macy DenBeste, and Morgan DenBeste. Eucharistic Ministers will be Tamie Badding, and Kathy Stein. Honorary Casket Bearers will be Kent McDaniel, Dave Tretter, Mark Benda, Bruce Paysen, Dave Greco, Glen Smith, Tom Schroeder, Tom Warner, Joe Heidenreich, Dave Fordyce, Dale Meyer, Darrin Roeder, Mark Hansen, and Jeff Tarsi. Casket Bearers will be John Brinker, Jeff Brunson, Heidi DenBeste, David Albrecht, Joe Albrecht, Carter Albrecht, and Maddie Albrecht. Burial will be at Mt. Olivet Cemetery in Carroll. Friends may call at St. Lawrence Church after 4 p.m. on Thursday, where there will be a Christian Wake Service held at 7 p.m. Visitation will resume at the church beginning at 9:30 a.m. on Friday, and continue until the time of the funeral mass. In lieu of flowers, please consider a memorial in Dean’s name to the C.S.B. Charitable Foundation - F.B.O. Dean Albrecht Mayo Clinic Charitable Fund C/O City State Bank, Box 159, 801 Main, Norwalk, IA, 50211. This fund is for the continued research of Leukemia, and Lymphoma Cancers at the Mayo Clinic in Rochester, Minnesota. Memorials may also be made to St. Lawrence Catholic Church or Kuemper Catholic School Foundation. Funeral arrangements are under the direction of the Sharp Funeral Home in Carroll, and online condolences may be left for Dean’s family at www.sharpfuneral.com. Dean was born on June 2, 1955 at Carroll, Iowa, the son of Dale and Marge (Schroeder) Albrecht. He grew up in Wall Lake, and graduated from Wall Lake High School in 1973. After high school Dean worked for his father at Boyer Valley Fertilizer for a brief time before enrolling at Iowa State University. He would later graduate with a Bachelor of Science Degree in Agri-Business. Upon graduation, Dean accepted a position to manage the South Sioux City, Nebraska office of Boyer Valley Fertilizer. On August 9, 1991, Dean was united in marriage to Sara O’Neill at Milford, Iowa. The couple lived in the Sioux City area until 1993 when Dean accepted a position as the General Manager of the Western Corn Belt Region for Crop Production Services. This position relocated Dean, and his family to Carroll, Iowa. Dean enjoyed playing tennis, water-skiing, and spending time and socializing with his many friends at Okoboji. He also appreciated his “toys” whether it be his cars, motorcycles, or his boat. Dean was an affectionate supporter of Iowa State University, and Iowa State Athletics. He enjoyed cheering on all of their teams, but he especially enjoyed the women’s basketball program, and cheering on his daughter as she played for Iowa State. Most of all Dean cherished spending time with his family, especially encouraging, and being part of his daughters, and his grandson life’s. Dean was a member of St. Lawrence Parish in Carroll. Dean was influential with his crusade against Lymphoma, and Leukemia Cancers. He leaves behind an inspirational legacy of fund raising for the Lymphoma and Leukemia Society. His legacy includes being Man of the Year for the L.L.S.; raising approximately $700,000, to be used for researching treatments, and cures of these cancers. Those left to cherish Dean’s memory is his wife: Sara Albrecht of Carroll; daughters: Abbey Albrecht of West Des Moines, and Lexi Albrecht (Fiancé Bryce Block) of West Des Moines; a son-in-law: Mike Grossman of Carroll; his grandson: Myles Grossman of Carroll; his mother: Marge Albrecht of Wall Lake; his siblings: Cindy Brunson of West Des Moines, Dick (Marcy) Albrecht of Wall Lake, and Steve (Julie) Albrecht of Norwalk; his sisters-in-law and brothers-in-law: Jodi (Nick) Kentopp of Omaha, Nancy Wiggs of Sioux City, Mary Pat (Phil) Thompson of Sioux City, Lori (Dale) Meyer of Sioux City, and Mark (Dawn) O’Neill of Hinton; also surviving are many nieces, nephews, extended family, and many friends. Dean was preceded in death by his daughter: Melissa Grossman; his father: Dale Albrecht; and his parents-in-law: Eugene and Rose Ann O’Neill.

Dean Albrecht, age 62, of Carroll, passed away, on Monday, May 7, 2018 at St. Anthony Regional Hospital in Carroll. Mass of the Christian Burial will be celebrated at 10:30 a.m. Friday, May 11, 2018 at St. Lawrence Catholic Church in Carroll.... View Obituary & Service Information

The family of Dean Albrecht created this Life Tributes page to make it easy to share your memories.

Send flowers to the Albrecht family.