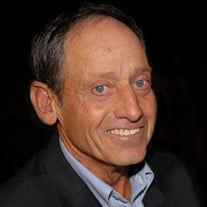 David J. Gehling, 70, of rural Wall Lake, died unexpectedly at home Sunday morning, November 6, 2016. Mass of the Christian Burial will be celebrated at 10:30 a.m. on Thursday, November 10, 2016 at St. Joseph’s Catholic Church in Wall Lake. Inurnment will be at 1 p.m. on Friday, at the Wall Lake Cemetery, near Wall Lake. Visitation will begin with a public Rosary at 3:30 p.m. on Wednesday, at St. Joseph’s Catholic Church in Wall Lake. Visitation will resume after the Rosary, and continue until the time of the Christian Wake Service which will be held at 6:30 p.m. Visitation will begin at 9:30 a.m. on Thursday morning at the church, and continue until the time of the funeral mass. Funeral arrangements are under the direction of the Sharp Funeral Home in Carroll, and online condolences may be left for David’s family at www.sharpfuneral.com. Born on April 16, 1946 in Carroll, David John was the son of William and Agnes (Staiert) Gehling. He graduated from Kuemper Catholic High School with the class of 1964. David served his country in the United States Army from 1965 to 1967. He then returned home and began farming. On February 9, 1974 he was united in marriage to Eileen Ludwig at St. Ann’s Catholic Church in Vail. Following their marriage the couple farmed southwest of Wall Lake. David enjoyed caring for his livestock and flowerbeds, and most of all spending time as a family. He was a member of St. Joseph’s Catholic Church in Wall Lake. Left to cherish David’s memory is his wife of over 42 years, Eileen Gehling of rural Wall Lake. Their three children: Nick (Kim) Gehling of Geneseo, IL, Sara (Josh) Hobson of Eldora, and Chris (Liz) Gehling of Vail; seven grandchildren: Jacoby Hobson, Jack Gehling, Max Gehling, Jada Hobson, Hallice Gehling, Jentry Hobson, and Jett Hobson; his siblings: Dorothy Hoffman of Dedham, Marceal (John) Wittry of Breda, Alitta Lansink of Odebolt, Larry (Mary Lou) Gehling of Westside, William Gehling, Jr. of Carroll, Phil (Jayne) Gehling of Westside, and sister in-law Lenore Gehling of Elkhart. David was preceded in death by his parents, and two brothers: Arthur in infancy, and Raymond in 1994. Remember Dave as he lived his life, he loved farming and working alongside his family. He had a passion for raising livestock, and was a man of few words. He engrained in his children a strong work ethic through his example.

The family of David Gehling created this Life Tributes page to make it easy to share your memories.