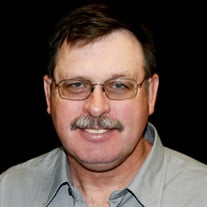 Curt Clancy, 65 of Halbur, died Sunday, April 21, 2019 at home surrounded by his family. Mass of the Christian Burial will be celebrated at 11 a.m., Wednesday, April 24 at St. Mary’s Church in Pomeroy. The Celebrant will be Fr. Lynn Bruch assisted by Deacon Robert Lenz. Homilist will be Fr. Larry McCarty and Con-Celebrant will be Fr. Steve Brodersen. Lector for the funeral mass will be Belinda Postal. Mary Clancy and Pat Ortner will present the offertory gifts. Eucharistic Minister will be Johnna Clancy. Casket Bearers will be: Terri Blomgren, Damon Clancy, Mike Clancy, Ryan Clancy, Todd Clancy and Pat Vial . Burial will be in St. Mary’s Cemetery in Pomeroy. Friends may call at St. Augustine Church in Halbur after 4 p.m. on Tuesday where there will be a Christian Wake Service at 6:30 p.m. The casket will be moved to St. Mary’s Church in Pomeroy on Wednesday morning where additional visitation will be held from 10-10:45 a.m. In lieu of flowers, the family requests donations be made to the Iowa 4-H Foundation (www.iowa4hfoundation.org) or the Iowa Charolais Breeders Association’s Youth Scholarship program. Funeral arrangements are under the direction of the Sharp Funeral Home in Carroll and online condolences may be left for Curt’s family at www.sharpfuneral.com. Born on April 2, 1954 in Fort Dodge, Iowa. Curt is the son of Geraldine (Doyen) and the late Leo Clancy. He attended Pomeroy Community School, graduating in 1972 then attending Iowa State University’s Farm Operations program. Following his education, Curt farmed near Pomeroy and served as a 4-H leader in Calhoun County. On November 22, 1980 he was united in marriage to Julie Buelt at St. Augustine Church in Halbur. In 1991, Curt and Julie relocated to Halbur and farmed the Buelt family Century Farm. He served as a director for the Carroll County Cattlemen, Iowa Sheep Association and the Iowa Charolais Breeders Association. Curt also served on the school boards for Holy Trinity and Kuemper Catholic High School. Curt was passionate about raising and marketing purebred Charolais cattle, watching St. Louis Cardinals baseball, and serving as grill-master for the annual family “CyClan” tailgate. He always welcomed a game of cards, or Scrabble, and conversation. As the Dad of three young daughters, Curt would often say “the boys will come.” Later, as Grandpa/Papa to five grandsons, he could often be found at their activities or spending time together on the farm. Curt is survived by his wife Julie Clancy of Halbur; his daughters: Alicia (Adam) Heun of Jefferson, Andrea (Brian) Sullivan of Nashua, Iowa; Alayna (Kenny) Hansen of Templeton. Grandsons Aiden and Connor Sullivan and Brekken, Korden and Holten Hansen. His mother, Geraldine Clancy of Pomeroy, his sisters, Pat Vial of Oregon, Mary Clancy (Larry Pote) of Coon Rapids; his brother Mike Clancy of Minnesota. Brothers- and sisters-in-law: Pat Ortner, of Omaha, Dave (Shannon) Buelt of Indianapolis, IN, Tom (Joyce) Buelt of Omaha, Gary (Jamie) Buelt of Polk City, Nancy (Mark) Schoeberl of Plano, TX; as well as many nieces, nephews, and other extended relatives. Curt was preceded in death by his father, Leo Clancy; and parents-in-law, Herb and Lucille Buelt.

Curt Clancy, 65 of Halbur, died Sunday, April 21, 2019 at home surrounded by his family. Mass of the Christian Burial will be celebrated at 11 a.m., Wednesday, April 24 at St. Mary&#8217;s Church in Pomeroy. The Celebrant will be Fr. Lynn Bruch... View Obituary & Service Information

The family of Curt Clancy created this Life Tributes page to make it easy to share your memories.

Send flowers to the Clancy family.