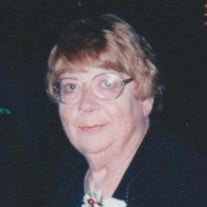 Carol Ann Axman, age 78, of Dedham, died Wednesday, November 10, 2021 at her home in Dedham. A funeral mass will be celebrated at 10:30 a.m. on Friday, November 26, 2021 at St. Joseph’s Catholic Church in Dedham. The celebrant will be Fr. Kevin Richter. Music will be by Cindy Bauer and the St. Joseph’s Choir. Lector will be Megan Volp. Mass Servers will be Aiden Volp and Cora Volp. Gift Bearers will be Becki and Tom Rotherham. Eucharistic Minister will be Linda Sporrer. Burial will be in the parish cemetery. The Dedham American Legion Auxiliary will form an honor guard for the funeral mass. Visitation will begin at 9:30 a.m. at the church in Dedham. Funeral arrangements are under the guidance of the Sharp Funeral Home in Carroll, and online condolences may be left at www.sharpfuneral.com. Carol Ann, the daughter of William and Lena (Theulen) Axman was born on October 27, 1943 in Dedham. Carol was born and lived in the very same house until her passing. She grew up in Dedham and graduated from Kuemper Catholic High School. After her formal education Carol was employed in Carroll before accepting a bookkeeper position at the Dedham Coop. Carol worked there for many years until the health of her mother declined at which time Carol became a devoted caretaker for her mother, and ultimately other family members. Carol resumed working at the Manilla Mannor where she was the Assistant Activities Director. Carol cherished the town of Dedham. She was an active volunteer in numerous capacities around the community, and at many community events. She was an active parishioner at St. Jospeh’s Parish until her health declined very recently. Carol enjoyed her cats, playing bingo, and socializing at the Corner Station near Templeton where you could find her playing cards frequently. Carol was a member of the Dedham American Legion Auxiliary where she served as a past president. Survivors include her sister Marcy (John) Cook of Carroll, as well as many nieces, nephews, and other extended family and many friends. Carol was preceded in death by her parents; and her siblings: John (Esther) Axman, Shirley ( Harry) Christiansen, Mary (Louis) Klocke, Joe (Carolyn) Axman and Russell (Freda) Axman.

The family of Carol Ann Axman created this Life Tributes page to make it easy to share your memories.